It was such a nice experience last time using tie-wraps and the perforated aluminum connectors, I wanted to try some more structures using radial tension.

This time I’m really going back to the basics, and build the twist with just three bars. But in this case, one is not enough since there are two different ones.

So actually you could grab these two nicely with your hands, if they were physical rather than just images on the screen. That’s where we want to go.

Once again, we snip out a triangle shaped connector, four of them, and six row connectors of three holes, for the ends of the bars. 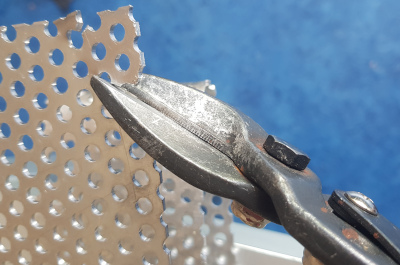 But wait, this time we will take a triangle which is one step bigger, six holes, because I want to be able to stack these twists one on top of the other, and maybe this will make it easier to do that. 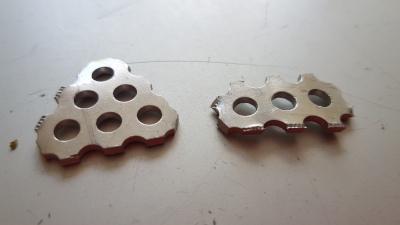 Cutting the aluminum with metal scissors sometimes bends it a bit, because it’s pretty malleable stuff. 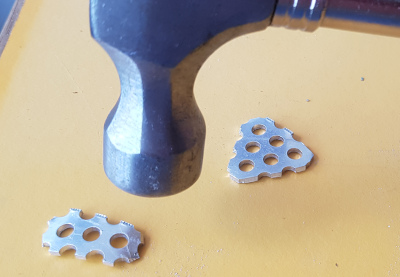 A couple of taps with a hammer flattens them out easily, and then they’re ready for shaping.

It’s nice to trim down the edges and make things smoother. I used to do this with a hand file, and that worked just fine. But now I have a sander so it’s quicker. 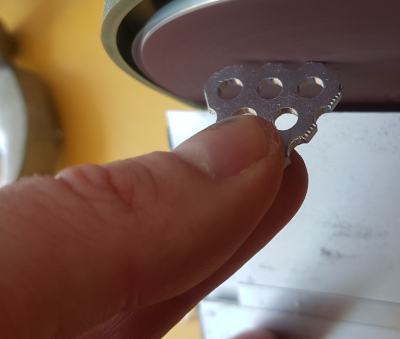 When the shape is right, a little fine tuning using a Dremel tool makes them just that bit nicer. 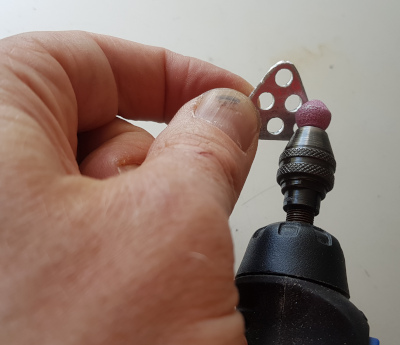 So these are our new connectors, ready to be linked with tie-wrap and hold the twists together! 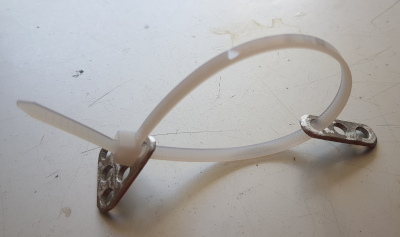 The tie-wraps are perfect to connect the two because you can measure by counting the clicks that you hear as you pull them slowly tighter. When you tighten one, say, three more clicks, you just have to go and tighten the others by the same number of clicks. 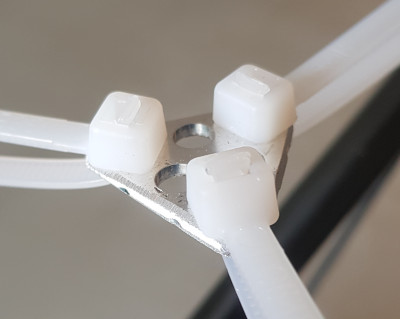 They meet at the edges of the triangle piece, but this time they leave holes in between the connections because we made the triangles one step bigger. 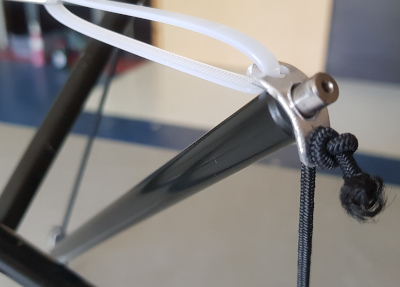 The rigid tie-wrap triangles now hold the top and bottom of the twist together, but we still need a connection between the top and the bottom. For this I used segments of 3mm elastic cord, so there was still some flexibility. 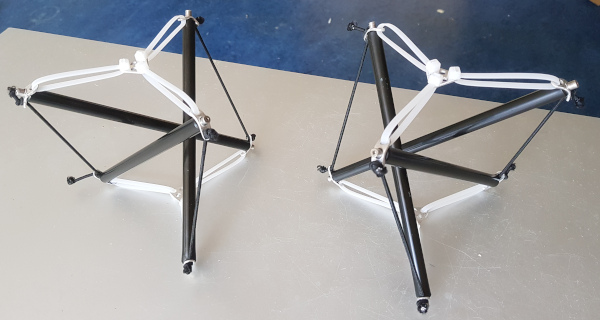 Choosing which on the bottom connects to which on the top determines whether you get a left twist or a right twist. 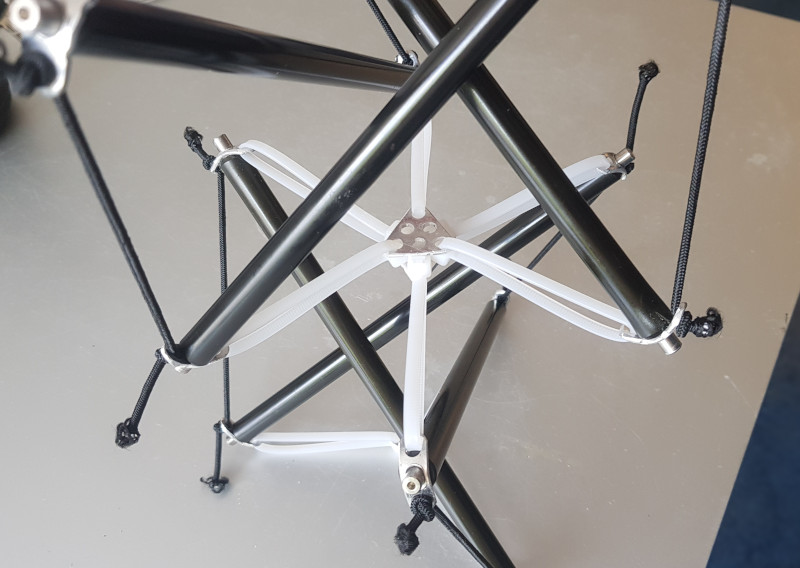 Now let’s look at how they stack up, one on top of the other. Stacking the right twist here on top of the left twist, the bars are nicely parallel so this is about right. 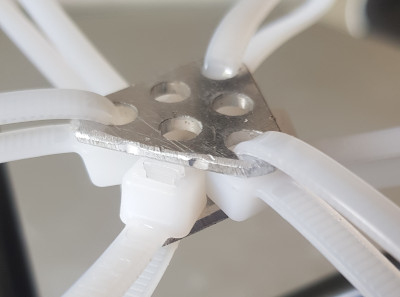 It turns out that it was very nice indeed to have these bigger triangles, because the blocky parts of the tie-wraps actually almost snap together snugly when you put one triangle on top of the other (60 degrees twisted of course).

Finally I have a left and right twist which I can hold in my hands nicely and even stack up with fitting triangles. 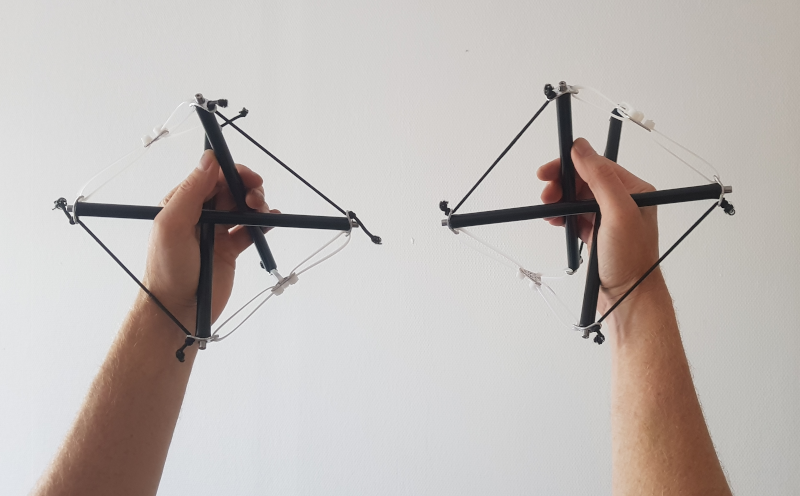 The twist is kind of like the tetrahedron of tensegrity: the simplest thing that spreads out in all directions to capture some volume.

This project has made me really appreciate the twist, and very conscious of how there are two opposite ones. This is the kind of thing you might know in the back of your head but not fully realize until you have them in your hands.

It also prompted me to go back to the drawing board and rewrite the growth algorithm in the pretenst software. I suddenly very much wanted to build twist-by-twist, one at a time, left-right-left-right, but the software didn’t work that way. I’ll write about that soon.