I took the plunge and bought a fairly cheap 3D printer, to see if I could make tensegrity construction better and easier. 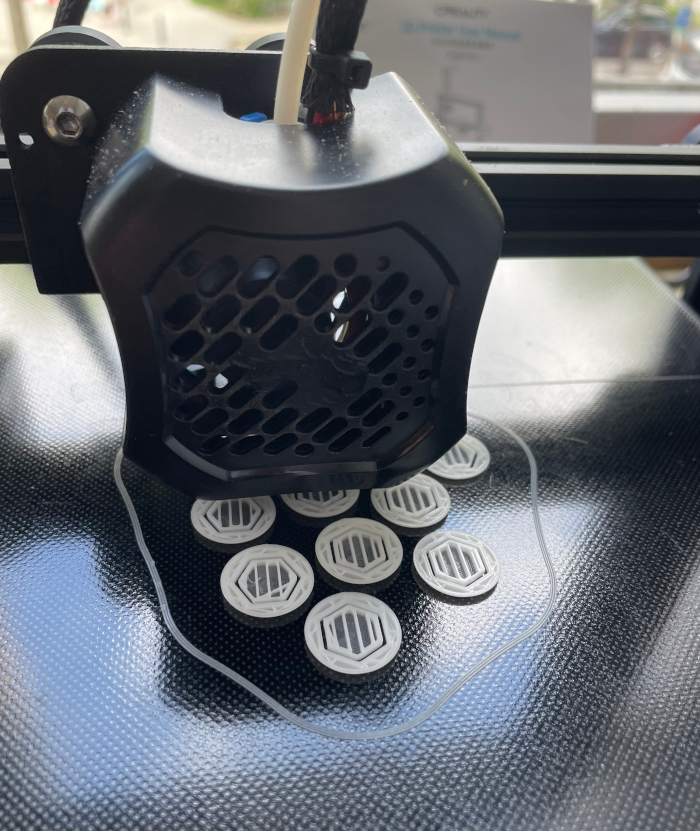 These devices are amazing! I got a Creality Ender 3 V2 and some PLA filament, put it together in a few hours, and printed out a few designs that I could download.

While spending countless hours building tensegrities with my techniques based on off-the-shelf parts, I had lots of meditative time over the past months imagining what kind of shapes might make things better.

This is the anatomy of every compression-tension connection that I have been making for the past year or so:

I’ve always thought that I could simplify things if I could shift them around so that the ring ends up on top rather than held in place under the bolt head by another nut.

I learned how to use Fusion 360 by watching a few tutorials and practicing, and then I was ready to embark on inventing my own design.

Once I got this design right, I imported into Cura slicer to generate the 3D printer instructions.

A mere ten minutes later I had my first cap printed, and with a dab from a glue gun and we have an entirely new component: the push bolt.

That allows me to use one less nut for the complete connection!

As you can see, the ring with cords now rides above the head of the bolt rather than below.

The slicer program has a wonderful function called multiply where you can have it make a number of the same thing during the same print, so I could let it work a while in my absence on 12 of them. 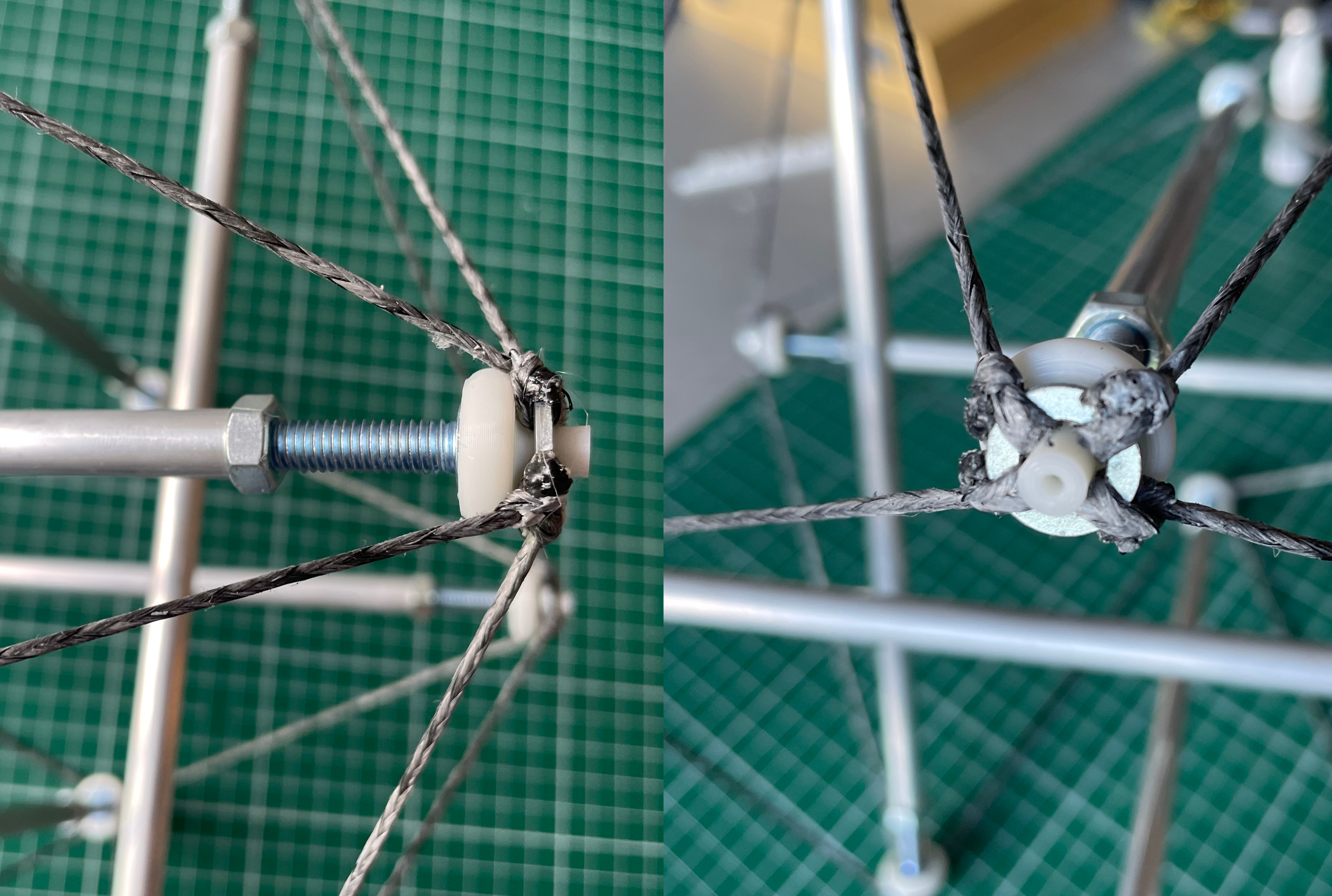 This was amazing! It only took a tiny little cap structure to transform a bolt into a push bolt and change the whole character of the construction process.

It is so much easier to build this way because you can pre-fabricate the tension (cords and rings) separately, and insert pre-assembled extensible bars with the new cap at either end.

You just slip the ring over the point of the cap and it stays, and no longer pinches the cord like before. 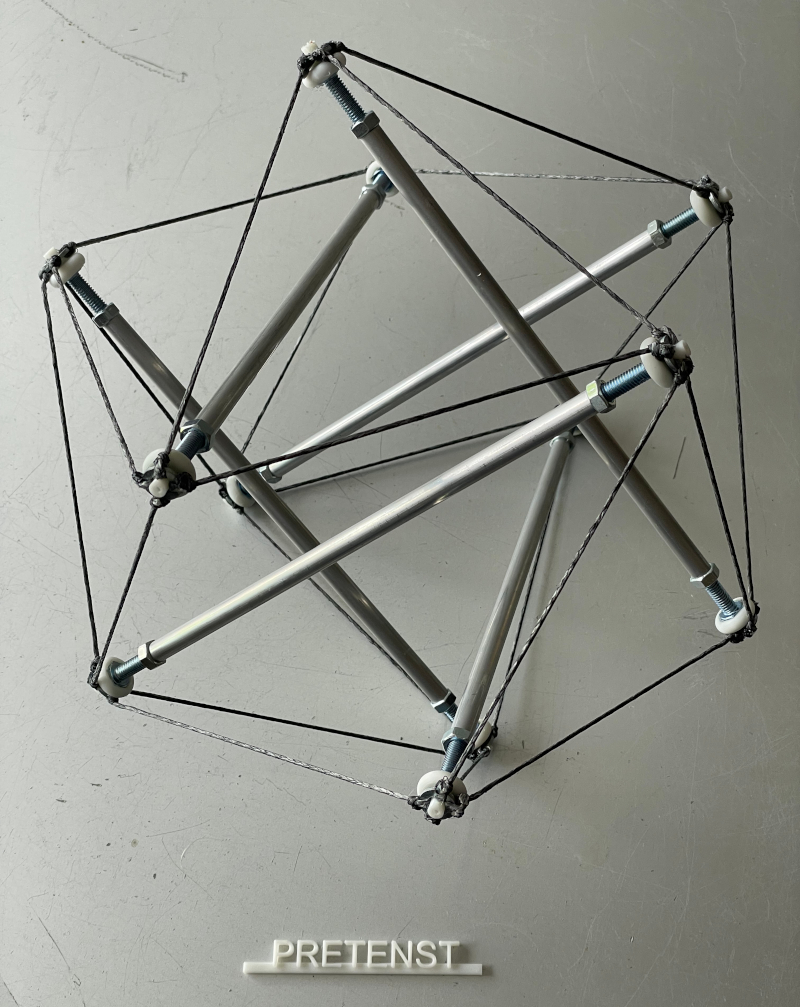 Add it all together and this feels like a really refreshing innovation over the technique I was previously using.

Even better (very educational!), you can now separate compression and tension easily, effectively dissassembling and reassembling the tensegrity whenever you want because the rings are removable from the caps. 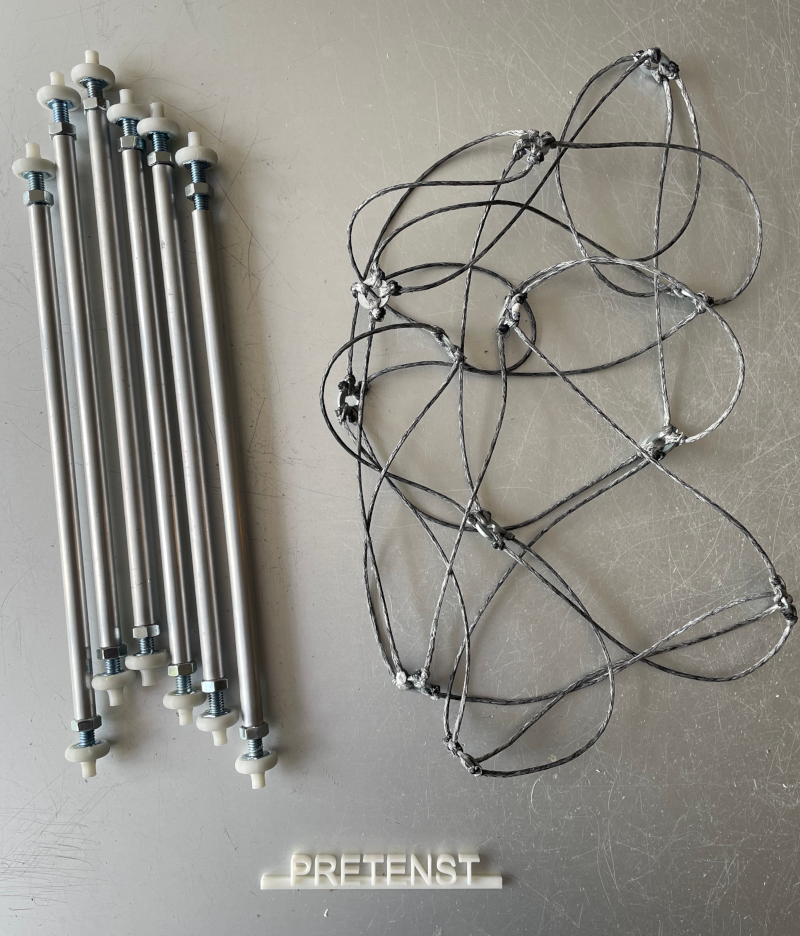 If you scroll up and look carefully, you will see that I also designed a little hole down the middle of the cap. The idea is to add something on top which covers up the knots altogether. This will be my next challenge.