bump up the aesthetics

In the previous episode, we looked at making things easier using a 3d printed push bolt.

One thing that remains, is that you can still see the knots. Some might find that beautiful or interesting, but others find it visually busy. 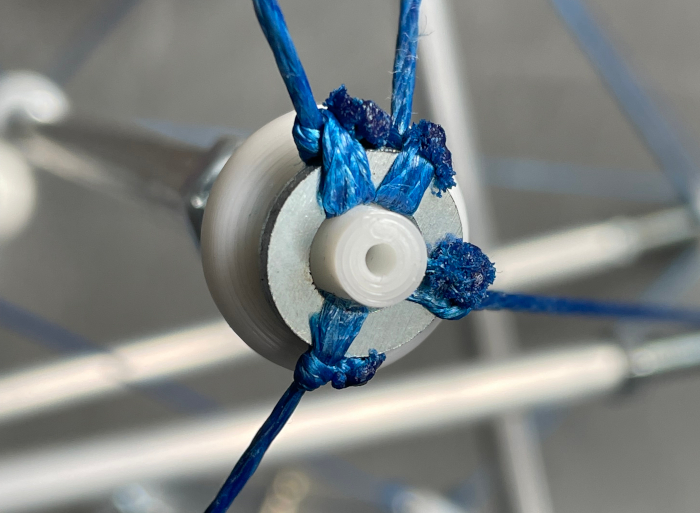 I decided to print a covering for the new push bolt so that you no longer see the knots.

I designed a cap with 12 slits, and tried some prints. When I finally worked out how to best print, it was nice to see the printer building a little version of Stonehenge.

The results looked quite nice, although my first attempts printed the cap upside-down which leaves the top a little messy, which you can see below. Cheap 3d printing has its artifacts.

This is why I ended up flipping it over to start by building Stonehenge. 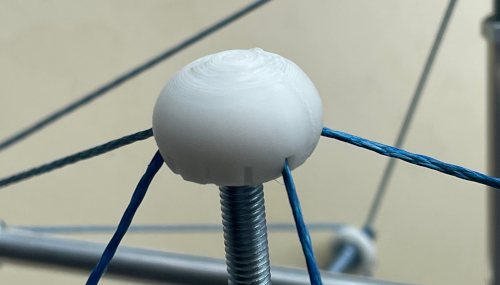 For a while I wondered what shape would be the best.

I tried a few, trying to make space for the knots, but eventually it became clear that a simple sphere was the most pleasing to the eye.

To give it a good test drive, I decided to make a 6-strut tensegrity with these caps to cover the knots.

This is the pattern of the tension that you have to knot up to build this structure.

The two nuts were added purely for mnemonic reasons. :) 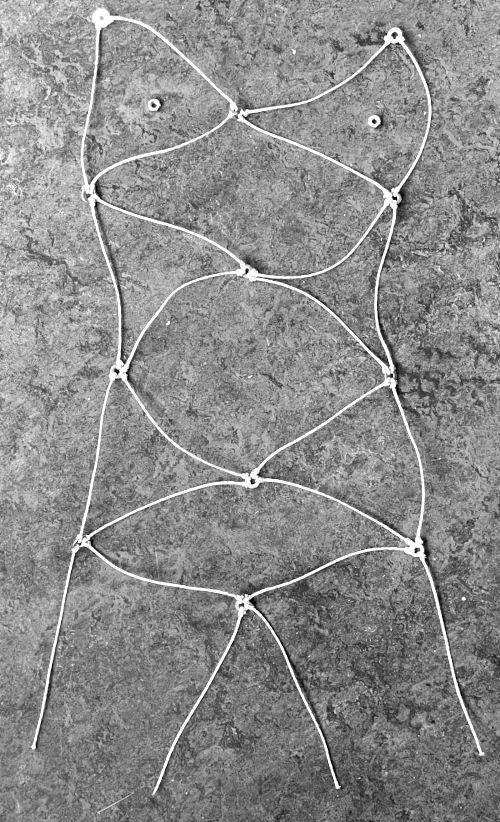 Once the loose ends are properly knotted, you get a tension network which will contain the compression.

To illustrate, I blew up a balloon inside. 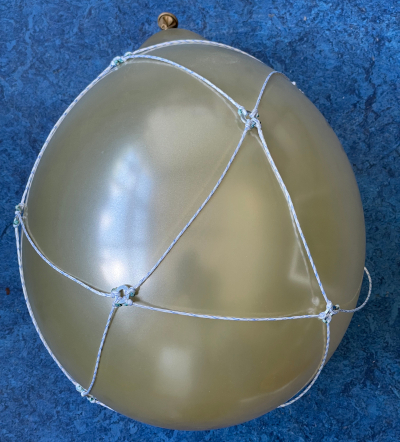 When the design is right, all you have to do is multiply it in the slicer software to produce a bunch of them. 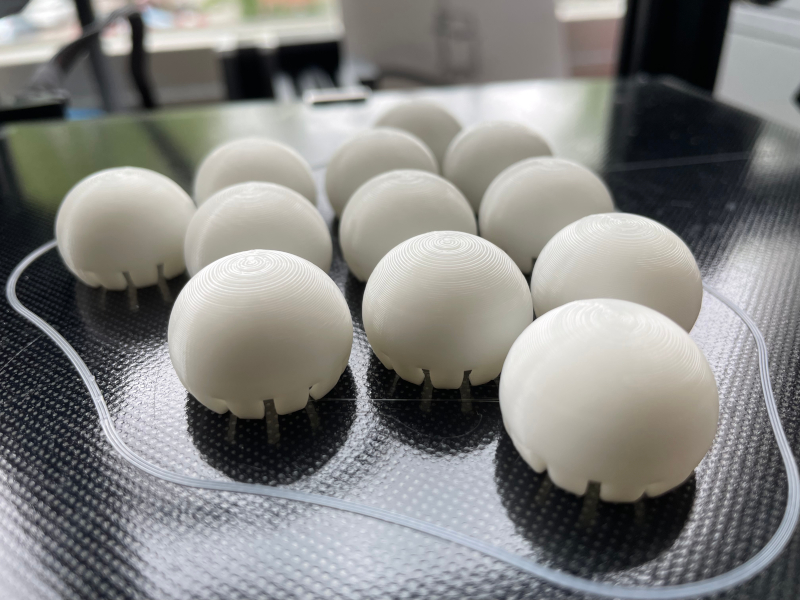 There is a tilt

It worked with the generic approach of using 12 slits, but I made the mistake of not making the slits deep enough.

This caused an unwanted tilt. 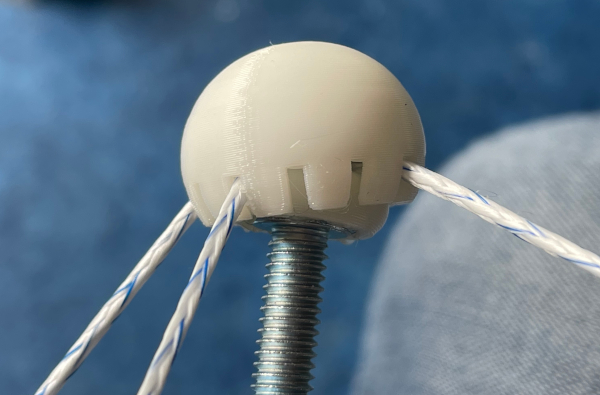 Okay so with the concept basically proved, I went on to design the cap to be more specific to this particular tensegrity. 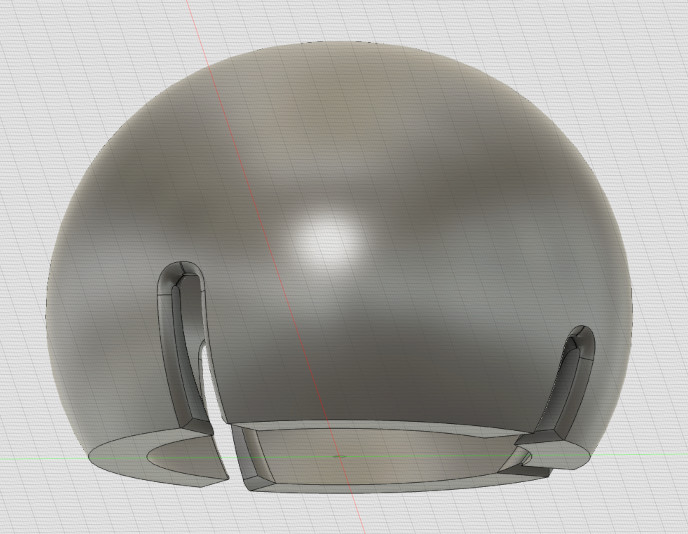 I removed the slits that were not being used, and I made two of them 2mm deeper than the others. 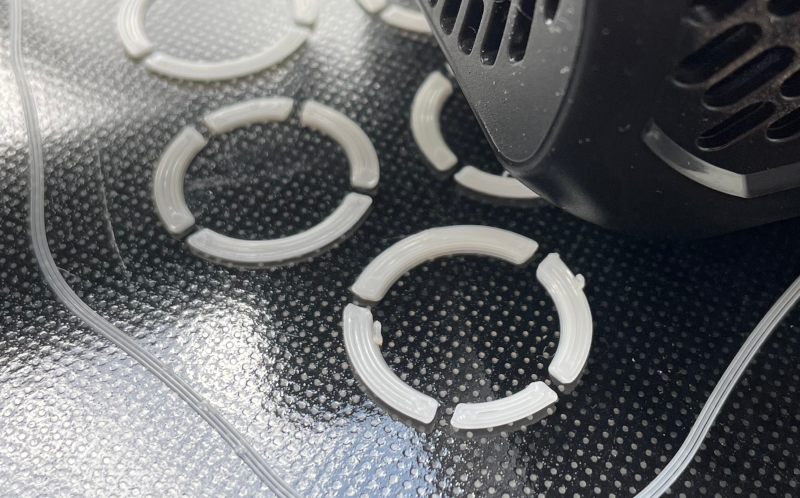 The printer shows that now there are only four slits, and as a result the cap is also stronger than before with the equal “teeth”

The process of assembly was interesting.

I started by pushing the rings into the caps and making sure that the dyneema cords were slid into the correct slits.

With the cap holding the ring inside, only later did I insert the push bolt into the ring in the cap.

Like before, it’s now possible to completely separate compression from tension. 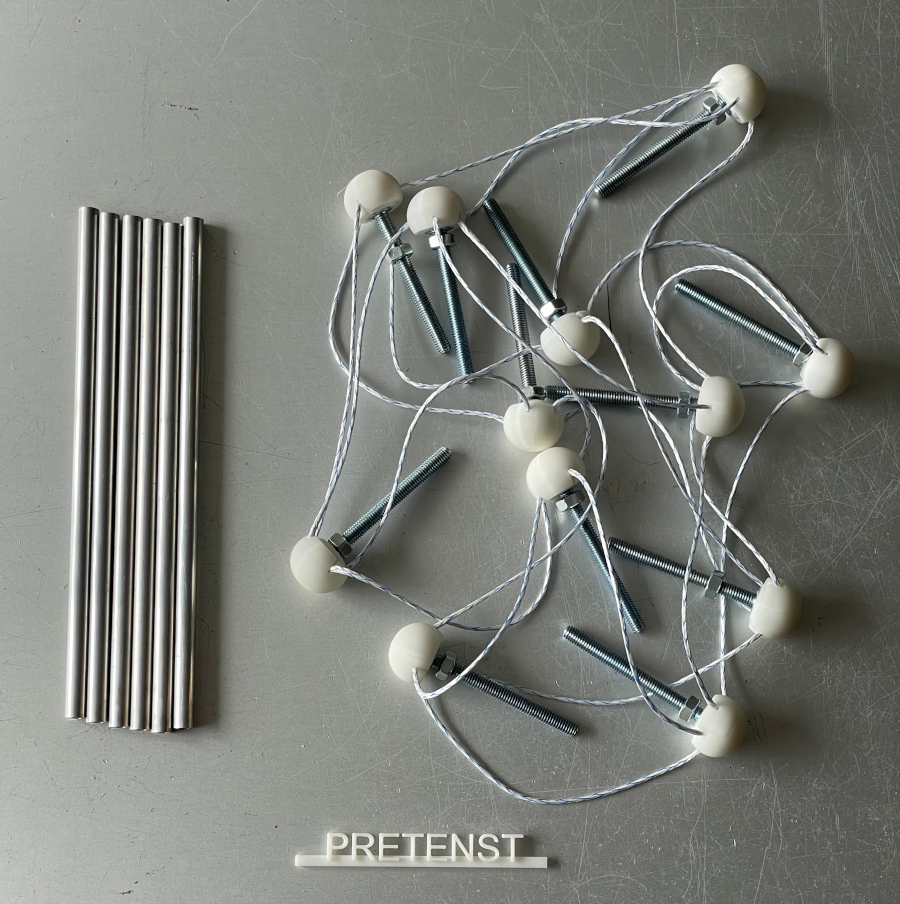 This is a pretty nice result! I think many people will find this more aesthetically pleasing, since the knots have been magically hidden. 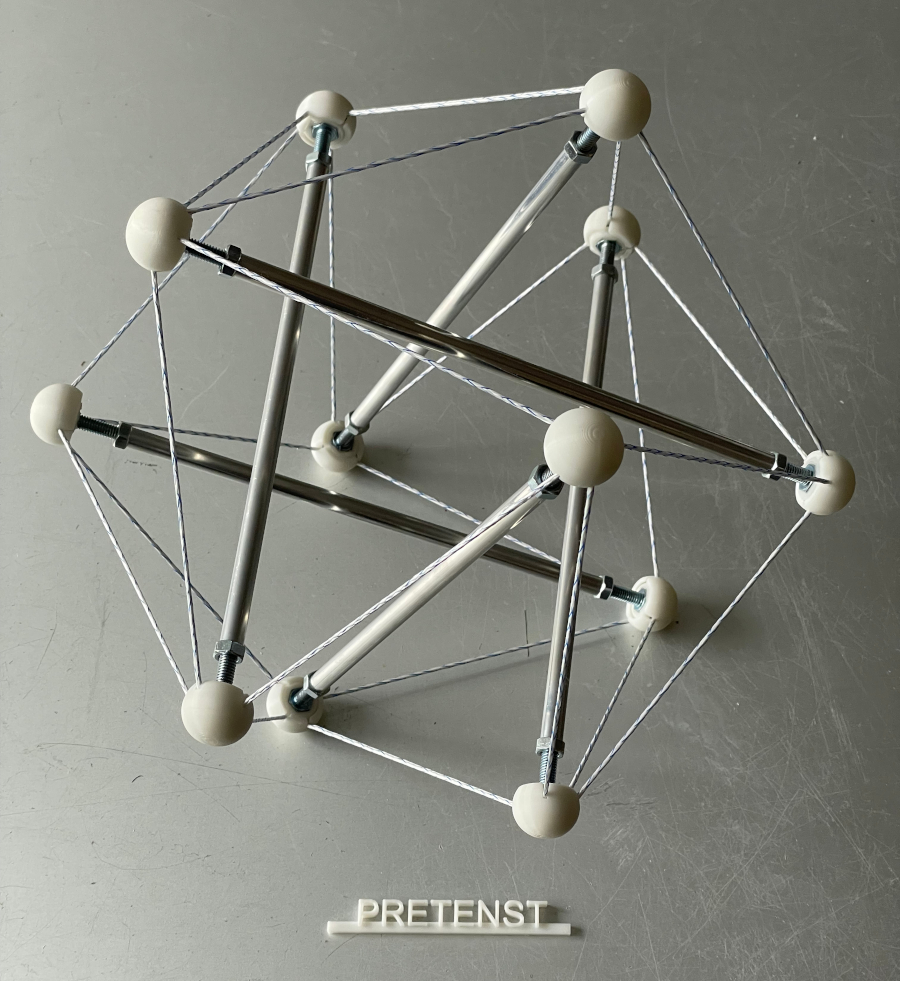 In a way, though, you could say that I’ve come full circle from my very first posting introducing prefab tension.