In a previous episode, we 3D printed a push bolt as a cap on top of an M6 bolt, and the cap is effectively a peg to hold the ring where the tension comes together.

I thought it might be more interesting to see how I can have something more sophisticated than a simple peg on the push bolt.

I decided that it would be good to have another option to screw something tight to the end of the push bolt, so I had the idea to 3D print a coupling between two bolts.

I set upon designing a shape which could hold the two bolts together head-to-head in the right way.

The little M5 bolt will go through the hole and have its head nested nicely into an M5 shaped indentation.

To hold on to the M6 bolt head, another hexagonal shaped indentation is needed at the bottom. 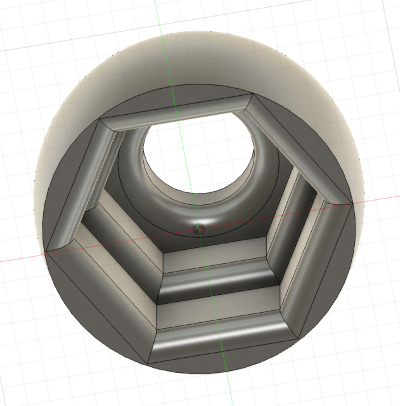 Above you should be able to see where the M5 and M6 bolt heads are supposed to be held. 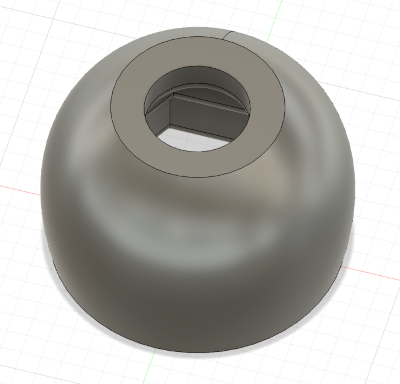 The top of the shape is a nicely rounded form which hides both bolt heads.

The idea is to first insert the little M5 bolt, and then later insert the M5 head, to create the new push bolt. As an extra, I got some nice cap nuts. 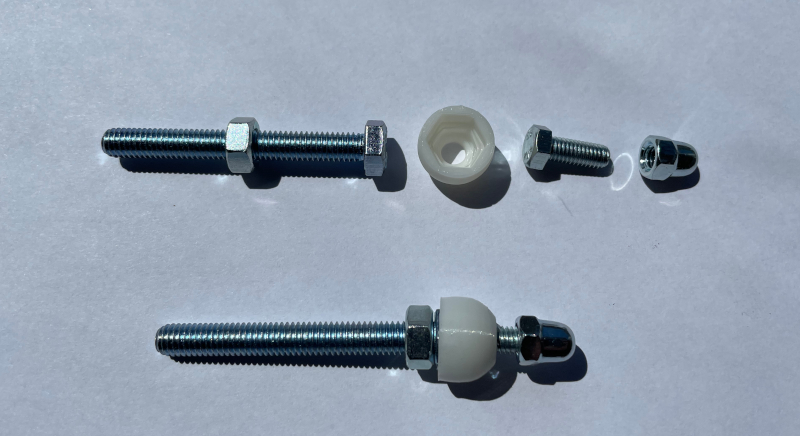 It takes a few ticks with a hammer. I drilled a hole in a piece of wood so that I could hammer against the plastic shape rather than against bolts.

First, with the bolt inserted, I set it up so that I could give the bolt a tick or two to get it to settle properly in its hole. 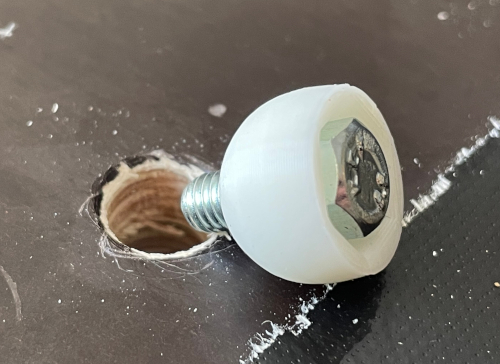 After a little hammering, the M5 bolt fits snugly inside the shape. 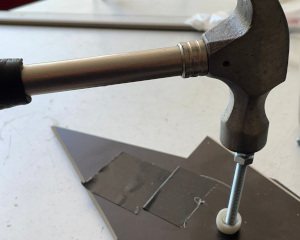 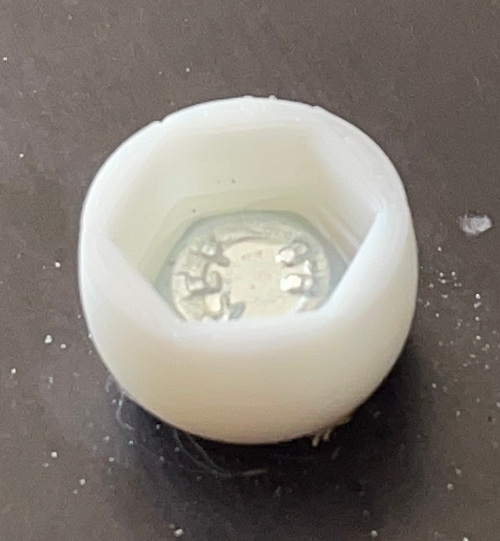 Now for the M6 bolt, which can be easily ticked into place so that it rests on the head of the M5 bolt and fits snugly into its hole. 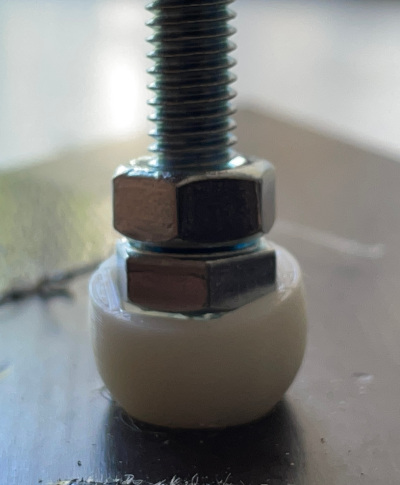 With both bolts hammered snugly into the nice rounded shape, we’re basically finished

This allows for using the big bolt to tighten up the tensegrity, but it also provides a nice small bolt pointing outwards to hold the ring and whatever else.

The big bolt needs only one nut now (used to be two) to tighten against the aluminum tubes to effectively lengthen the bars, in the true pretenst tradition. 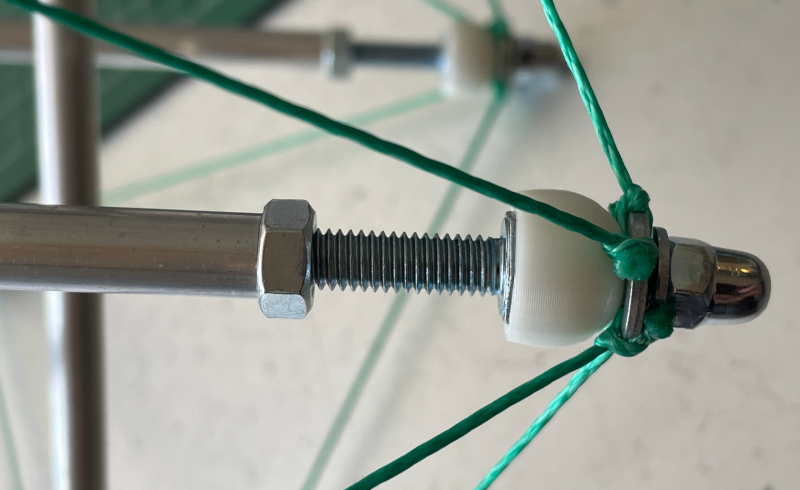 The new design allows me to nicely top off the push bolt with a cap nut!

Time to think about what else might be done with this outward-pointing M5 bolt.